This evening I reached my target weight. It’s been just a little over a year since I started paying weekly visits to my local Slimming World group and I’ve lost a smidge less that four stone.

Anybody who says that their eating patterns aren’t affected by their moods is lying… or just weird. We’re almost all known to comfort eat, to eat less in times of stress or to conform to expected seasonal eating patterns. It’s a combination of this and our tendency to use food as a reward that means diet clubs like SW and Weightwatchers are doing a roaring trade and bookshops have increasingly huge sections given over to both cookery books and diet books.

A major symptom of bipolar is, I find, compulsive behaviour – the inability to consider the negative impact of my actions or at least to give it the attention it perhaps deserves. It’s that, combined with two pregnancies in quick succession that led to my steady creep from a size 12 to a 16 and, on occasion (horror of horrors!) an 18.

So it was I bit the bullet and did the very thing I always said I’d never do in a million years. I joined the throngs of middle aged women clad in ‘flattering’ leggings to pay my hard earned cash just so I could be weighed. In public. 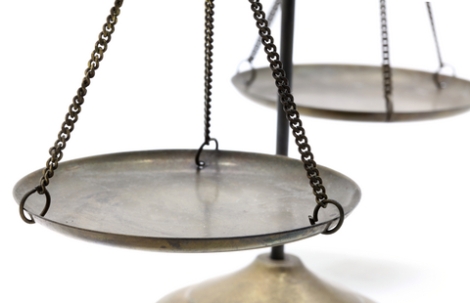 In the beginning Slimming World was hard. The recipes I tried relied on substitutions (forget cream – use quark!) and didn’t suit my foodie approach to cookery. By the end of the first week I was starving, dissatisfied with every meal and ready to give up. I’m not saying the SW recipes aren’t good, in fact the rest of the group seem to positively evangelize about them, they just didn’t suit me.

Anyway, I slogged away and it became easier and easier once I realised that I’d be happier giving up carbonara entirely rather than using substitutes and eating a salad nicoise instead. The weight started to fall off. Hurrah.

But the closer I’ve got to reaching that magical target the more I’ve wondered whether this journey might have been more difficult for me than for some of the other SW converts. I mean, not only am I a compulsive eater par excellence, I’m equally unrestrained with alcohol, finding a bottle of wine the perfect antidote to social anxiety.

And comfort eating. For those who have had a hard day at work, been dumped or are suffering from a nasty case of PMT, a family size Dairy Milk can be the cure. But for me there doesn’t have to be a trigger to kick off a deep, chocolate scoffing depression and that depression can last for days, weeks or even months.

Previously I wrote about an incident at my husband’s workplace. You can imagine how tempting it was to plunge straight in to the biscuit barrel and never leave. Not to mention that the person Mr H was in a dispute with also happened to be the same person who first introduced me to SW and who, needless to say, I wasn’t merrily sipping tea in the circle of support with any longer. If I hadn’t been so close to reaching my goal I would’ve given up.

It wasn’t just the food side of things that caused a problem for me (and as a food writer spending every day poring over the menus of fabulous restaurants it really was a problem in more ways than one). More difficult was dragging myself out in to public for what I call (unfairly really) Public Humiliation. That social anxiety? That makes it pretty bloody difficult to walk in to a room full of people, much less sit in a circle and chat about my diminishing rolls of flab.

While this seems to be something to look forward to for most SW members, it involved a real effort to drag myself out of my solo stupor here at home and put in an appearance in a room full of jolly people who want to <em>talk</em>. I’ve never mentioned my bipolar to anybody there, including the group leader, so I probably just appear to be a grumpy eccentric to most but I’m loathe to have my illness given as an excuse for my inability to stick to a simple diet, or to be treated as a special case, even if I am one. Much less do I want to be talked about – one thing I’ve become acutely aware of living in a small town is how easily you can get labelled and how little understood mental illness is by the majority. And then of course there are the drugs. Most recently I’ve been prescribed lithium, the main side effect of which is, of course…of course…severe weight gain.

Regardless of bipolar, of comfort eating and anxieties and regardless of outside difficulties I’ve been able to reach a point at which I’m happy with my weight again. It’s a huge boost to any woman. Now I just have to resist the shopaholic demon rearing it’s ugly head now that most of my wardrobe is too big for me…

if mental illness effects your eating habits, if you’ve struggled with your weight or if you have any great diet tips I’d be really interested to hear from you…comment below!